Rube Hargrave loved the simple things in life such as cooking, and once said that as long as she had her sewing machine she was contented.

This remarkable woman, who died in 1996 at the grand age of 96, was more than your average suburban housewife.

Although she would shy away from being labelled a women’s libertarian, Rube Hargrave paved the way for women in local government in Wollongong.

She recalled in a taped interview with her niece, Bronwen Chamberlain shortly before her death the excitement in Sydney when the first trams rattled down Oxford Street, Darlinghurst.

The Chamberlains moved to Bulli in 1912 where Rube attended Bartlett’s Private School in Park Road for a short time, before she was enrolled at Bulli Public School.

Before the popularity of the motor car, Rube remembered hitching a ride to school on the coal trains returning from Bulli jetty. The train driver, a Mr Jarrett would put a corn sack down for Rube to sit and let her blow the whistle as the steam train approached the school.

Rube, when education for women was unrecognised, went on to receive a Stott and Underwood Commercial Scholarship after obtaining a Qualifying Certificate in 1915.

Rube’s father, Arthur taught her to drive his T Model Ford in 1914 and she recalled the difficulties cranking the car at the petrol bowser.

Those early experiences with her father’s T Model Ford readied her for work in the office of the Ford Motor Vehicle Distributors in Wollongong in 1927 where she became the first woman driving instructor for the company.

Rube met her future husband, Jack Hargrave at her brother’s Thirroul cafe in the late 1930s. A regular customer at the Poplars Café, Rube married Jack in 1943.

The newly weds took the lease of Sublime Point Kiosk where they built a successful business becoming friends with regular visitors such as the Prime Minister’s wife, Pattie Menzies who sometimes called for morning or afternoon tea. The Hargraves hosted famous guests such as Robert Helpmann and Margot Fontane, who were photographed with the kiosk’s famous cockatoo, “Micky”. Princess Marina had tea at Sublime Point and Rube kept the cup which is still in the family.

While hosting the Imperial Hotel at Clifton, Rube led the way for women in local government when she became Wollongong’s first female alderman in 1959.

As an independent, she ran simply to give women a say in how the city was run.

“I was chosen for council mainly because influential women decided they needed representation,” Rube said in her recorded interview.

“It wasn’t a matter of usurping the position of fellow aldermen.” 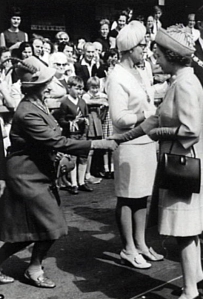 At 59, Rube, well known and popular, convincingly won a seat at the historic election with 2,569 votes.

“The men had to make up their minds that they must learn to accept that they weren’t the only ones with brains.”

One of the first mistakes by her fellow aldermen, Rube recalled, was when the new Wollongong Council Chambers were constructed in 1957. There was no provision for female toilets in the building and as a result Lord Mayor, Albert Squires gave her the key to the mayoral toilet.

Her maiden speech in the Wollongong Council Chambers brought unprecedented applause from a crowded gallery on December 9 1959.

“I come here humbly, as a representative of many women’s organisations. I would like to extend the warm hand of fellowship to my fellow aldermen. I will at all times be accessible, and I will try to be wholly impartial. I feel proud because I represent so many fine women, and I will not let them down,” she said during her speech.

The election of a woman to council flagged the success of the Local Government Promotion Committee’s vigorous campaign in the latter part of 1959 to encourage more women to participate in civic affairs.

When defeated in the 1971 elections, Rube and Jack retired in Thirroul. Rube was named in the Australia Day Honours list for services to local government and the community at the age of 93.

This grand old lady lost her hearing and sight in her later years when she resided at a Towradgi nursing home. She would often comment how she would have liked her sight to be better to enable her to understand computers. Rube didn’t like the idea of technology passing her by. 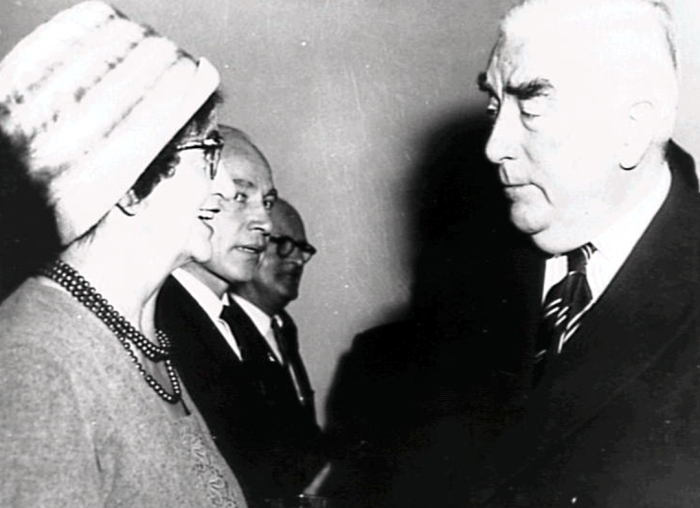 * Thanks to Bronwyn Chamberlain for providing information and images for this story.