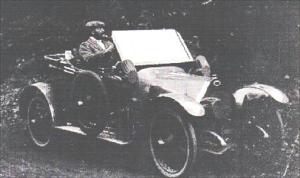 Henry Cotterell out on the job

JUST what Bulli pioneer real estate agent Henry Cotterell would have thought of land prices at Sandon Point today is difficult to imagine.

Cotterell, known as “Cottie” to his friends, was one time editor of the Bulli Times newspaper, but more interestingly he was the agent who sold the original Sandon Point housing estate on Boxing Day 1913.

A model farm – owned by George Adams, the proprietor of the Bulli Colliery, and later of Tattersall’s Lottery fame – was subdivided and auctioned by Cotterell on behalf of the trustees of the deceased estate.

In extreme contrast to the price tags on the small blocks of land selling in the remaining former Bulli Colliery property a century later, Cotterell sold 60 feet beach frontages for around £60 ($120) in 1913. Also contrasting to the controversy surrounding the sale of the remaining Bulli colliery land 100 years later, not an eyebrow was raised when 102 beach front blocks, east of Southview Street at Sandon Point, were subdivided in 1913.

Born in Bath, England in 1861 Henry Fowler Cotterell (left) was apprenticed to his father as a midshipman before embarking on a new life as a journalist in Sydney. He worked on the Macleay Argus at Kempsey on the NSW north coast in the 1880s before writing for a Campbelltown newspaper in the early 1890s. It was at Campbelltown he married Elizabeth Thompson in 1892 later taking the role as editor of the Singleton Argus. 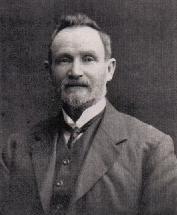 Cottie arrived at Bulli in 1895 after purchasing the Bulli Times from founding publisher FW Wilson.

Close friend James Davidson described Cotterell’s journalistic skills as energetic in 1927. “His contributions to literature as a newspaper editor were always sprightly and often characterised by wit and humour of no mean order,” Davidson wrote in Cotterell’s obituary.

Cotterell began dabbling in real estate in 1898 while at the helm of the Bulli Times. He eventually sold the paper to William Bourke in December 1899 to concentrate on his new found interest, building a large home and real estate office at Bulli on what would later be the Prince’s Highway opposite Hopetoun Street. For almost 30 years he was the most successful and well-known real estate agent in the region.

His “stirling integrity and business ability” quickly gained him the confidence of the public James Davidson wrote.

One of his first lucrative contracts was auctioning Coledale Township in 1904, with other valuable subdivision following at Corrimal, East Woonona and Bulli.
Public life also interested the talented agent and he was appointed by the government as a councillor on the inaugural Bulli Shire Council in 1906. He later served as an elected councillor on the shire for many years. 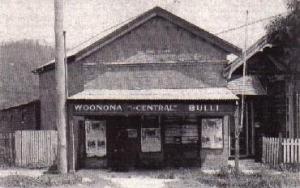 Cotterell was involved in just about every “movement for the advancement of the district”, Davidson revealed, “and his tireless energy, and organising ability were such that he was invariably chosen as secretary, and generally did the “lion’s share of the work”.
With the outbreak of the Great War in 1914, Cotterell, at the age of 53, left his business to join the War Chest organisation in Egypt and London at his own expense. Through the organisation he provided home luxuries and comfort to soldiers.

Described as suffering from bronchitis, he was more then likely an asthmatic, and was forced to return to Bulli due to bad health.

On his return he was appointed secretary of the Bulli Shire Repatriation Committee, and did valuable work for returned diggers and for relatives of soldiers killed in action.

Dubbed the father of the South Coast Real Estate and Auctioneers’ Association, which he founded, he was president for many years. Cotterell was “an expert in all matters relating to land and property, his advice was always at the disposal of the public, and owing to his wise counsel he saved much expensive litigation”. 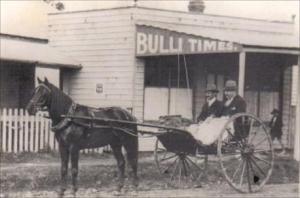 His mate James Davidson described him as having many lovable traits, including a “mercurial disposition” and “caustic wit”, which made him “always a welcome addition to any company”.

The Sandon Point Estate auction, from a large marquee, attracted some keen bidding. Over half of the 102 blocks were sold with 62 achieving prices of up to 70 pounds. Even in those days Sandon Point land was achieving record prices.
Respiratory problems finally caught up with old Cottie in 1927. The former journalist, reading a newspaper in bed, died aged 66 on July 15 1927.  A three-quarters-of-a-mile procession, lead by the Bulli-Woonona Band, wended its way to Bulli cemetery where hundreds gathered to farewell old Cottie.

The mourners read like a whose who of the Illawarra with representatives of the South Coast Real Estate Association, Light Horse Brigade, Returned Service League, Buffaloes Lodge, Bulli Shire and Wollongong Borough councillors, and members of the legal, banking, commercial and industrial community all paying respect.

Henry and Elizabeth Cotterell had no children.

2 thoughts on “The man who sold Sandon Point”