AFTER last drinks were called at Thirroul’s Ryans Hotel, in the days of the “Six O’clock Swill”, swards of men would trudge down the road to Riley’s wine saloon.

The wine bar, on the corner of The Esplanade and Lawrence Hargrave Drive, hit its peak in popularity during the 1920s and 30s becoming a social institution at Thirroul until its closure in 1962.

Australia suffered terribly as a result of the Great Depression of 1929-33, with exports falling by 50 percent, businesses failing, unemployment becoming widespread, but there was always a quid for a drink to forget the hardships and establishments like the Thirroul saloon prospered.

A regular of the saloon, Dick Oakley would sit in the bar with his mates at crude timber benches enjoying ‘noggins’ of wine, entertained by popular hits of the time, such as ‘I Got Rhythm’, on the upright piano.

The bar was a popular place on a sunny Saturday, well lit by a large north facing bay-window, 81-year-old Mr Oakley recalled in a 1996 interview.

It was a time when patrons of the saloon would gather around the radio listening in awe at the feats of cricketing legend Don Bradman, when a small glass of wine would set you back six pence, a large a shilling, and a bottle of house wine six shillings.

Caldwell’s wines were fashionable, Muscat or Port a favourite with the men, while the ladies preferred the socially acceptable Sweet or Dry Sherry in their own segregated bar on the southern side of the building.

Michael McGrade first received a wine license for Thirroul in 1913 when he rented premises, near the Ryan’s Hotel, from David Birch.

Thirroul’s population growth as a railway workers’ town and tourist resort resulted in a huge trade increase for McGrade forcing him to relocate to purposely built premises on the corner of The Esplanade and the main road in 1917.

The proposal caused uproar and was opposed by many residents.

Most believed the proximity of the bar to the beach would lead to a drunk drowning. However, not everyone was against the move.

Surprisingly, Constable Easterbrook, stationed at Thirroul, was in favour of the relocation, telling the court the new saloon was much more suitable, ensuing the Magistrates approval of “Ocean House” saloon.

The 1920s was kind to Thirroul with manufacturing and primary production expanding, and wages rising. An immigration program brought hundreds of thousands of people from Britain to Australia – many to the northern Illawarra.

Ragtime revelers from the nearby open air dance pavilion, The Arena, packed the dining room of the Thirroul Wine Saloon enjoying food and drinks, tapping their feet to Duke Ellington tunes from the Pianola, tourists filling the glassed north facing verandah on weekends – business was good. 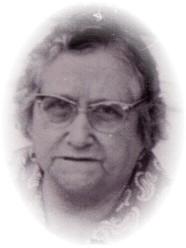 The best known hosts, Albert and Winifred Riley, took the reins in 1923.

Mr Riley, a publican from Nyngan, was a country boy at heart and seaside living did not agree with him, so after two years at Thirroul, the family moved to Mittagong to host the Exchange Hotel.

In an interview with Albert Riley’s daughter, Dorothy James, in 1996, she explained how the family loved living by the sea and persuaded their father to return to the Thirroul Saloon in 1927.

On one of his regular shooting expeditions in the Broken Hill region of western NSW his appendix burst. He was rushed back to Bulli Hospital in a critical condition where he died.

Local cop, Sergeant Breeze, was sympathetic towards the grieving widower (pictured above), allowing her to continue as host at the Thirroul wine bar. Winifred Riley was the first women in NSW to hold a wine license in 1936, Mrs James, of Austinmer, said.

Fond memories as a young girl at the liquor outlet abounded for Mrs James, recalling her and her sisters filling pint and quart bottles from wine casks in the “cellar room” for customers calling by with their “empties”.

The introduction of six o’clock closing of hotels in 1916 was a godsend for their saloon, Mrs James said. Drinkers at local hotels were forced out at 6pm and many would call into Riley’s to continue their session.

Although the saloon was supposed to be closed, the side door at Riley’s became known for “after hour” take aways, or a place to join a favoured few who were allowed to gather in the small public bar for a drink.

Mrs Riley answered the door with her signature flash light which she shone in the expectant customer’s face. If you were a regular you were allowed entry, if not, and a fuss was made, the large torch came in handy as a deterrent.

Mrs Riley’s regulars included employees of Williams’ Funeral Parlour, at Bulli, who after burying an unfortunate client, would adjourn to the saloon, dressed in top hat and tails, for an obligatory “wake”.

The saloon was demolished to make way for a block of units in the 1970s.