IN August 1946 two young lovers were parked in their car on Sandon Point – a secluded Bulli beachside headland – when they were attacked by a man by the name of Mervyn Garvie.

Garvie, later to be known as ‘Skulls’ because of a tattoo on his forehead, murdered Cecil Kelly, before raping and attempting to kill his girlfriend Mavis Crompton.

The murder and rape at the quiet coal mining village of Bulli shocked not only the region, but the entire nation at the time.

Garvie was caught attempting to gain work in the Excelsior Colliery at Thirroul the following day.

My late grandfather, Jim ‘Double’ Orvad was working at the pit that day and told the story of the police arriving at the start of his shift to arrest Garvie.

Garvie was sentenced to death, but his sentence was eventually commuted to life. He died suspiciously in Maitland Jail in December 1955. Official records say he committed suicide by stabbing himself in the chest. However in 1971 another prisoner admitted to killing the Bulli rapist and murderer.

Garvie’s deeds made national news in Australia. Here are a selection of newspaper reports and accompanying photos on – who the press dubbed at the time – “The Beast of Bulli”….. Here are photographs taken of the inquest and trial at the Bulli Court House in 1946 by R. Wolfe, R. Donaldson and Baden H. Mullaney for the Sydney Sun newspaper:

The story attracted national media coverage at the time. Here are a selection of newspaper stories from the day:

The burnt out car found at Sandon Point

Hobart Mercury Friday 30 August 1946: WOMAN TELLS OF NIGHT ATTACK IN CAR. Saw Companion Killed. SYDNEY, Thurs. – A young woman today told police how a man battered her man companion to death and held her prisoner for hours in a car on a lonely headland near Bulli, last night. She is Miss Mavis Crompton , (24), of Ford St., Thirroul. The man killed was Cecil John Kelly (35), of Port Kembla. Miss Crompton said: “About 9.30 pm a man’s face appeared close to the mica screen which had been put up to shelter us from the strong , wind. “My boy friend immediately opened the door of the car and asked the man what he wanted, but the man struck him on the head with an iron bar.” Miss Crompton then described how she had got out of the car to help her friend, but his attacker struck her on the back of the head with the same iron bar. She said she fell and remembered nothing more until she found herself on the front seat of the car, but the police are satisfied she was criminally assaulted when she fell to the ground. Miss Crompton said the man lifted Kelly’s body on to the back seat of the car, 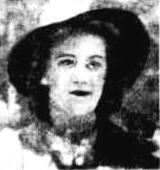 and between varying periods of consciousness attacked her. Every time she partly rallied the man would hit her again. Police believe her attacker kept her in the car at least seven hours, during which time, she was violated five times. She said she gradually became too weak to struggle and apparently no one heard her calls for help on the lonely headland. As a doctor was attending Miss Crompton at the home of a Mrs Brown, they saw out a side window a man running along the beach towards Thirroul. Police gave chase but the man got away in the bush. At the Excelsior Mine, 2½ miles from the scene of the tragedy, police were told two men had just applied for and been given jobs. They stopped one of them as he was about to enter the mine to start work and took him to Bulli police station. Later in the afternoon Mervyn Garvie (39), labourer, handcuffed to detectives, was charged at Bulli Court with having murdered Kelly and inflicted bodily harm on and ravished Miss Crompton. He is alleged to have made a long statement to the police.

The Central Queensland Herald Thursday 5 January 1956: Bulli Murderer Suicides in Gaol: The notorious Bulli murderer Mervyn Garvie, 44, committed suicide in Maltland Gaol by plunging a knife into his chest. Garvie’s death sentence in 1946 was commuted to life imprisonment, and his papers marked “never to be released”. Garvie was put in his cell at 4pm on the day of his death. When a warder was making routine rounds at 4.46 he saw Garvie lying on the bed with a knife in his chest. There was also a cut in his neck. Garvie was dead when found. “Besides, all prisoners were issued with knives at meal times. A routine search is made for any hidden weapons such as knives at 4.45pm each day.” Mr Withers said Garvie had been a good prisoner. SEX OFFENDER: Garvie was regarded as one of the most vicious murderers and sex offenders in the history of New South Wales. He was released from gaol in 1946 after he had served nearly five years of a seven year sentence for having assaulted a female with intent to commit rape. Three months later, on August 28, 1946, he committed a brutal murder near Bulli. He disturbed a couple who were sitting in a car and killed the man, Cecil John Kelly, by striking him with a heavy iron bar. Garvie held the woman captive in the car for nine hours and criminally assaulted her. When the woman feigned death, Garvie attempted to push the car over a cliff and, when this failed, he set fire to it. He was captured and sentenced to death.

Melbourne Argus Monday 19 December 1955: Killer to be buried. SYDNEY, Sunday: Mervyn Garvie, the “beast of Bulli,” will be buried in Maitland cemetery tomorrow. Police handed over Gavie’s body to a Maitland undertaker after his relatives had failed to claim the body. Garvie committed suicide in Maitland gaol on Friday. He was serving a life sentence for the murder of Cecil John Kelly, at Sandon Point, near Bulli, on August 28, 1946.

Canberra Times Monday 12 April 1971: Police act on report of killing. SYDNEY, Sunday – Detectives have interviewed representatives of a Sydney newspaper as a result of a report that a man had admitted murdering Mr Mervyn Garvie, a rapist-killer, in jail 16 years ago. The man in a taped interview told reporters of a Sunday newspaper that he killed Mr Garvie in Maitland jail by knocking him out with a hammer then stabbing him in the neck and chest with a pumpkin knife. Officially Mr Garvie’s death is recorded as suicide but this verdict was criticised at the time. In the taped interview, which has been handed to police, the man said he killed Mr Garvie because he had put ground glass in his sugar. He said also that he had no regrets over taking Mr Garvie’s life.