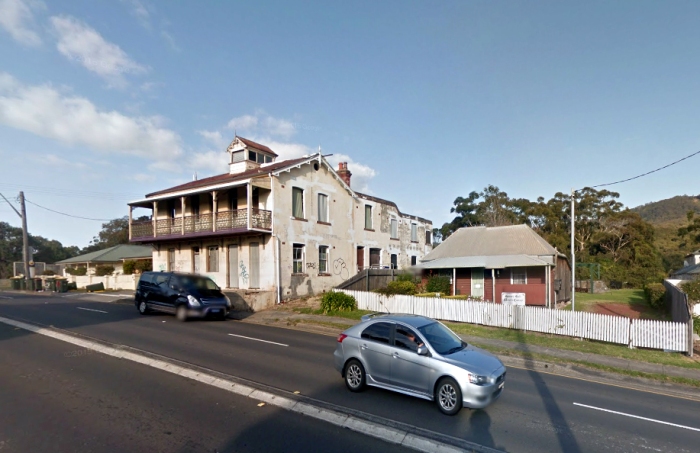 A WAY forward may have been found to preserve two of Bulli’s most treasured heritage buildings.

Wollongong City Council is working on a concept plan to save the ailing Denmark Hotel, and the next door Miners Cottage, which it owns.

The owner of the former Denmark Hotel has been prevented from moving forward with plans for a five unit residential apartment redevelopment of the heritage listed building after the Roads and Maritime Service (RMS) – the old RTA – rejected plans for a driveway onto the Princes Highway. 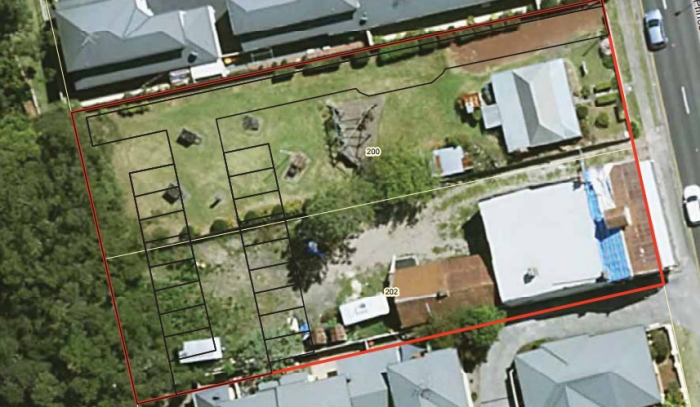 The concept plan, showing the driveway to the north of the Bulli Miners Cottage, accessing a car park and the Denmark Hotel.

Without RMS approval, the development has been in limbo ever since, with the owner unable to find suitable access into the property, while the old Denmark fell further into disrepair.

The owner’s proposal involved adaptive reuse of the existing buildings, as well as some additions at the rear, and has seen much of the interior of the ground level gutted.

In September 2013, a pre-lodgement meeting was held with Wollongong City Council in an attempt to overcome problems accessing the site and other issues.

A solution seems to have been found with the developer requesting access to the site from the Wollongong Council owned, Bulli Miners Cottage, which sits next door.

Council in December 2015 approved in principle support for the establishment of a ‘Right of Carriageway’ over the Bulli Miner’s Cottage to the Denmark Hotel, with a car park stretching over the two sites, servicing both properties.

The use of the Miners Cottage land though is subject to a number of conditions, including for the adaptive reuse and long term conservation of the Denmark Hotel building.

Part of the plan is for Council to “Call for Proposals” for the Miners Cottage, which has sat empty for almost 10 years and, like the Denmark, is also rapidly falling into disrepair.

While this seems the way forward, I do have some concerns that part of Council’s “Call for Proposals” for the Miners Cottage, allows for its lease for commercial use. 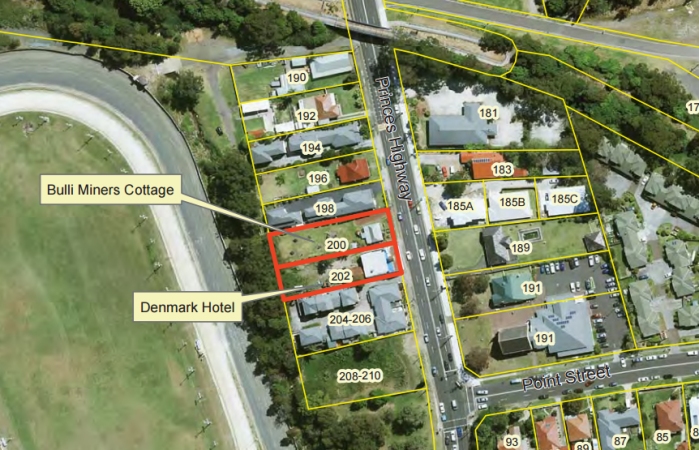 This may work, but any major structural changes to the cottage would be disastrous, and should be guarded carefully.

What I do like about the concept plan is Council’s ‘Right of Carriageway’ to the Denmark, which must ensure the ongoing viability of the Miner’s Cottage, for “suitable adaptive reuse options”.

“The final agreement should provide for a financial return, and/or works in kind, that will have benefit to the ongoing conservation of the Bulli Miner’s Cottage,” the Council report states.

Councillors have agreed for a report to be provided prior to formalisation of an agreement to establish a ‘Right of Carriageway’, as well as a report on the outcome of the ‘Call for Proposals’ process for the Miners Cottage.

I, along with many other people, wait with anticipation the next step in the long battle to preserve Bulli’s landmark Denmark Hotel.

3 thoughts on “Is this the way forward for the Denmark?”