A newspaper image of the 1965 Copper Derby nearing the finish line in front of the Bulli Family Hotel. The Bulli Police Boys Club can be seen in the background. Can anyone identify any of the men in this grainy image?

The Bulli Family Hotel in 2001, shortly after the original red cedar public bar was drastically shortened, showing the concrete pylon. The pylon originally protruded from the bar. Drinkers stuck their copper coin change on the pylon by dipping the pennies into beer. Once the coins reached a certain height, they were removed and donated to the Bulli Police Boys Club (PCYC), and later used in the famous wheelbarrow race – The Bulli Copper Derby, run from 1961 to 1965. The race continued to be run after the introduction of decimal currency in 1966.

DURING the mid 1960s when middies of beer were nine cents and schooners a few cents more, customers generally left their copper change on the bars of local pubs where licensees usually donated this money to charity.

The column had reached a great height and pennies had ceased to be legal tender when Jim realised he would have to decide soon how to distribute this wealth.

As Bulli Police Citizen’s Boys Club was in its fledging years and urgently needed financial support, a benefactor was not a problem. After discussing the idea with Woonona Royal Hotel publican, “Bud” Norton, it was decided to make the presentation a major event.

Publicans and licensed clubs secretary managers were invited to wheel barrows loaded with coppers from McGee’s pub over the race route for depositing at the Wales Bank, Woonona. (In those days, there were a few more banks between Woonona and Austinmer!).

Drink stops – The clubs also benefited from the event because barrow pushers made compulsory drink stops at the Workers and Soccer clubs along the way.

Although the race was supposed to be a fun day for charity, local bookmakers soon got into the act and Spiller, the youngest entrant became the early favourite among the punters.

The race was held around noon on a Saturday. The road between Bulli and Woonona was lined with cheering crowds and blocked off to traffic by police.

I have no idea where Spiller finished but it was Green, a swimming champion and incidentally Wollongong High School’s longest serving student who won the first race in great style.

Official placings were never announced. From TV and newspaper coverage, however, I apparently took third place (I was never a sprinter).

Green proudly carried the winner’s trophy back to the Workers Club and I never saw it again.

The new rule was that publicans and club managers need only push the barrows from Bulli Hotel to the Workers Club, after which the “real” race would begin, with those more agile runners making the final 300 yard dash to the bank.

At the same time Norton nominated John Mercer as his runner. Mercer was then among the district’s top beach sprinters. These days his sons Darren and Dean are well known local Iron Men.

The clubs meanwhile, entered leading footballers and athletes. I kept my runner a secret until entries closed a few days before the race.

I had engaged Jim Kelly, a former Blackpool and England B soccer professional who was promoting the code in the district at the time.

Young runners – My opponents claimed Kelly was too old, that he lacked the pace to run down the younger entrants. But they were wrong. On the day, he left them for dead.

Although I cannot recall receiving a trophy, several photos of the great victory were taken and I presented these much later to Bulli Soccer Club when it opened its new Balls Paddock room.

A great spirit of comradeship existed.

*As well as secretary manager of the Bulli Woonona Soccer Club during the 1960s, Syd Fairs was also a well-known sports journalist, who lived in Bulli. 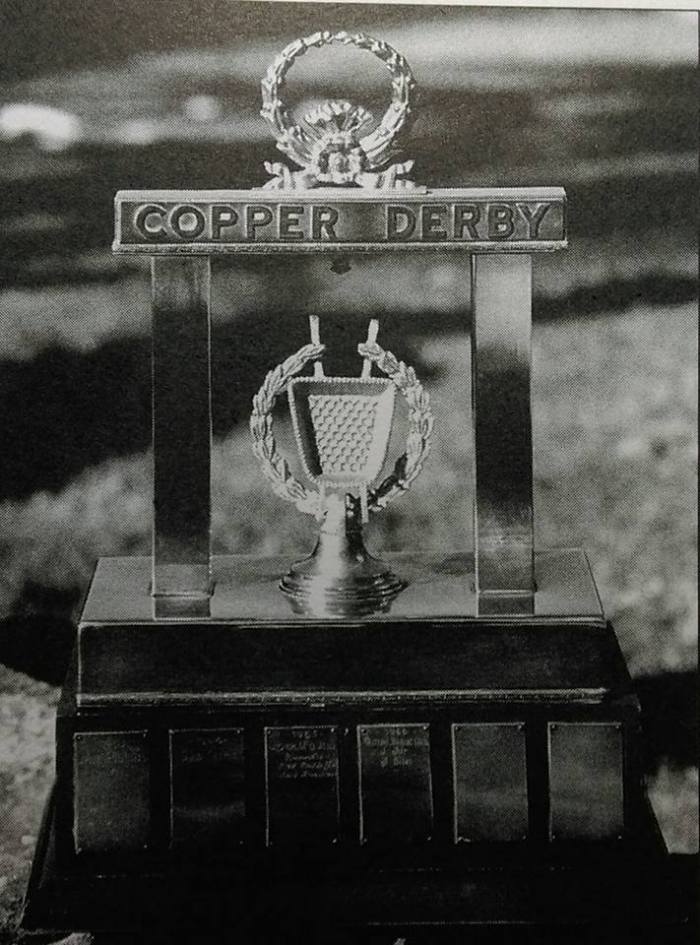 ‘COPPER DERBY’ TO BE HELD AT BULLI

One of the most popular sporting events held regularly on the South Coast will take place at Bulli on Saturday.

The event – the “Copper Derby” – is held annually to raise funds for Bulli Police Boys Club.

This year it will be contested by 19 hotel licensees and club managers from Fairy Meadow to Helensburgh.

The contestants, pushing wheelbarrows laden with coins, will race over a one mile course from Woonona Hotel to Bulli Family Hotel.

In the past four years the race has benefited the Police Boys’ Club by nearly £1500.

The organisers hope that this year the event will raise at least 600 pounds.

The derby was the brainchild of the Superintendent of Bulli Police Boys’ Club (Sergeant Ray McKellar) and former licensee of the Bulli Hotel (Mr. Jim McGee).

They decided that a pile of pennies on the bar of the Bulli Hotel could be used in a novel way to raise more money.

The penny-pile was formed from “tips” left on the bar by drinkers at the hotel.

Last year he transferred to the Charles Hotel, Fairy Meadow, but retained his interest in the event.

The new licensee at Bulli Hotel (Mr. Jack Davies) decided to continue with the penny pile.

At noon on Saturday the 19 contestants will receive an equal share of the pile in their wheelbarrows.

They will then race down the main street to the Bulli Hotel.

Spectators will be encouraged to give more money to the club by tossing coins in the wheelbarrows as they pass.

Winner of the event will receive the “Copper Derby” trophy.

In the past the coins were taken to the Woonona branch of the E.S. and A. Bank and lodged in the Police Boys’ Club account at the end of the race.

But this year the club hopes to sell the penny pile to a coin collector.

Sergeant McKellar hopes to sell the eight-foot high stack of coins for more than their face value, which is known to be at least £120.

But some of the coins could be rare and be worth more to a collector than the face value of the complete pile.

It is believed one collector already has offered £150 for the coins.

The highest bidder will receive the coins immediately after the race.

They will not have been sorted.

The Copper Derby in 1964. Picture with thanks to Roy H from the Football United Vs Soccer City Facebook Page

A NATIONAL initiative to reward double-jabbed Australians with a free glass of beer when pub doors safely reopen has been announced by Furphy and parent-company Lion. As a way to boost jabs in arms throughout the country and in line… Read More ›