This group comprises the ten sons and daughters of the late Mr. and Mrs. W. Brown of Dapto. The aggregate age of the family is 700 years, and the late Mr. Edward C. Brown, of Lismore, at the extreme right in the back row, is survived by the following brothers and sisters :—Back row (left to right), Messrs. William (Dapto), James (Wollongong), Arthur (Brisbane). Alfred and Albert (Moss Vale); front row (left to right), Mr. Fred. Brown (Brisbane), Mrs. T. Musgrave (Dulwich Hill), Mrs. R. Brookes, Miss H. Brown, and Mr. Thomas Brown (Dapto). 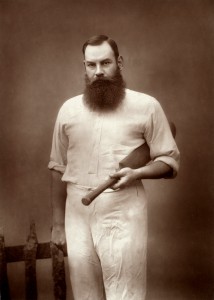 THE death of Mr. Edward Charles Brown, of Nimbin road, Lismore, on September 26 in St. Vincent’s Hospital, at the age of 64 years, closed an interesting career.

The late Mr. Brown was well known on the North and South Coasts. He was the sixth son of the late Mr. and Mrs. W. Brown, of Dapto, and was born there. At Bulli in 1898 he was married to Miss Mary Bourke. He took an active part in public and political matters, and was elected to Bulli’s first shire council, being the prime mover for a water supply. At the council election he and Mr. J. S. Kirton tied with an equal number of votes, and under the Electoral Act, a drawing of straws took place. Mr. Kirton drew the long straw, but after being elected immediately tendered his resignation. Both candidates were on friendly terms and stood again.

This time voters made Mr. Brown their choice.

Mr. Brown was an active worker in the interests of the miners and was also a prominent cricketer. When 18 years of age he had the, distinction of bowling Dr. W. G. Grace, on the occasion of the English team’s match against Illawarra on Bode’s ground at Wollongong, in 1882, with his first ball. Mr. Brown was a member of the Bulli Cricket Club with the late Victor Trumper and Dr. L. O. Poidevin.

Mr. Brown began farming with his father at Sherbrooke, Bulli Pass, and when the property was resumed for the construction of the Cataract Dam, purchased the “Bulli Times” and conducted the newspaper in conjunction with an auctioneering business. About 1905, Mr. Brown came to Lismore under engagement to, Messrs. Hindmarsh and Johnston (auctioneers) as salesman, and a few years later went on the land at Bentley and then at Goolmangar.

During the war he accepted an appointment as a teacher at Nimbin school, subsequently taking charge of the school at Blue Knob; While president of a patriotic committee at Coffee Camp he had the pleasure of welcoming home every man who had enlisted from the township. The war ending, Mr. Brown was appointed “Northern Star’ representative at Murwillumbah. He held the position for about two years, but resumed farming at Tintenbar, where he remained about eight years, moving to Nimbin road, Lismore, in November 1929. He is survived by a widow and seven children, and seven brothers and three sisters. Mr. G. H. Lee (Goolmangar), Mrs. Mitchell (Atherton, Q.), Nurse Clarice (District Hospital, Ballina), Doris, and Marion are daughters, and the sons are , Messrs. Frank and Alban (“Jim”), of Lismore. Mr. A. E. Brown a past manner, of the Lismore branch of the E.S. and A. Bank, and now living in retirement at Moss Vale, is a brother. Messrs. George Lee (2), father and son, and a son-in-law and grandson, respectively, of the late Mr. E. C. Brown, were in hospital at the time of his death.