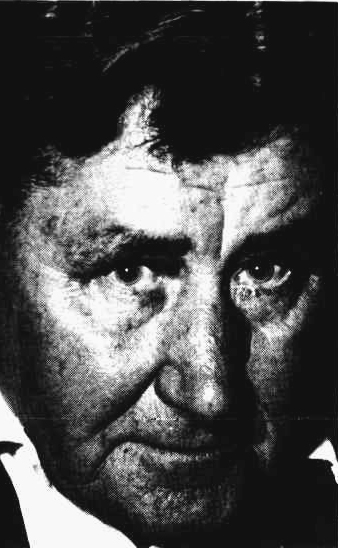 “I’ve seen the last messages men, trapped behind a brick seal, chalked on the wall before they died. “Tell the kids I loved them very much” was one father’s last message.

At the Excelsior Colliery [Thirroul] on the NSW South Coast in 1938, four of us carried our dead mate three miles through the mine and were then docked two hours pay for not going back to finish our shift.

“Yes, it’s been a constant struggle over the years to force mine owners to observe safety regulations.

“I can recall the dispute at Mt. Kembla Mine in 1902 over bad ventilation, when the Government Inspector of Mines was giving evidence at an inquiry in Wollongong. While he was telling the court that the ventilation was good, that there were no gasses, that the roof and sides were good – up she went, killing 96 men. The explosion was so fierce that the pully wheels were found many mines from the mine.”

It is not difficult to get Arthur McDonald talking about an industry which is still unnecessarily claiming lives. He had only just written an open letter of criticism to the NSW Minister for Mines, Mr. Lewis, for his reported statement that “it was unlikely a Royal Commission would be called to investigate coal mining deaths in NSW”.

Mr. McDonald invited the Minister to join him in visiting the homes of widows and children of dead miners, where he wanted Mr. Lewis to see the distress. He also draws the Minister’s attention to the many deaths from dusted lungs – the disease known as Pneumoconiosis, or “the gallows rope of slow asphyxiation,” as Mr. McDonald calls it.

At the age of 67, Arthur is still a militant miner even though he was dusted out of the industry in 1947. He commenced work in the pits at Durham, England at the age of 14 and came to Australia six years later to work on the South Coast.

The disease – which makes speech difficult, allows sleep only in fits and causes coughing and wheezing most of the night – is widespread among miners. The lungs eventually shrivel up and go like old leather. Arthur recalls the struggles to get compensation for dusted miners.

In 1938 he was summonsed for writing about “certain doctors who diagnose dust as ‘chronic bronchitis aggravated by work”.

“Such a diagnosis meant no compo for the miner,” he told Tribune.

“I know of 40 case histories of men who died from dust but never got compensation. Dust was found to be the cause of death following post mortems,” he said.

“Yes”, said Arthur, “the time is long overdue for a Royal Commission into the mining industry.”

April 15 2019: Marina Herriman – “That was my dad who wrote that message in chalk. He was only 29 with 4 kids under 7. I was the eldest just turned 7. RIP Dear Robert Charles Stewart xxxxx.”

Would you like to make a small donation towards the running of the Looking Back and Bulli & Clifton Times websites? If you would like to support my work, visit my donation page where you can leave a small tip. Your generous patronage of my work and research, however small it appears to you, will greatly help me with my continuing costs.