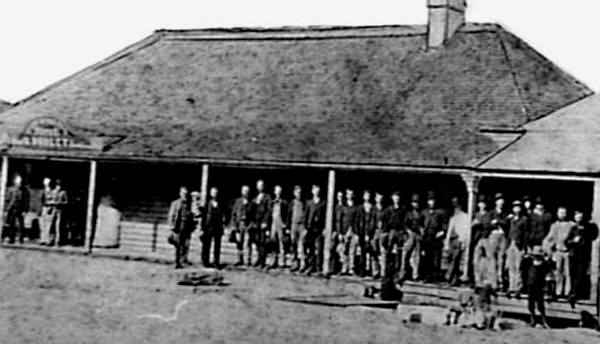 Reynolds, with his brother, was sent several months ago to the asylum, suffering from religious mania.

At that time both showed great violence and armed themselves with iron bars.

John Reynolds arrived in town on Thursday last, but gradually displayed great eccentricity. He visited the English, and Wesleyan Churches on Sunday and conducted himself strangely, and created consternation amongst the ladies.

This morning Reynolds, who stopped at Dudley’s Hotel, smashed everything in the bedroom. The police, with, the assistance of eight civilians, burst the door open and, after a prolonged struggle, succeeded in overpowering the man.

Great indignation is expressed throughout Bulli at the action of the authorities in releasing Reynolds from the asylum.

Reynolds is now in the lockup muffed and guarded.