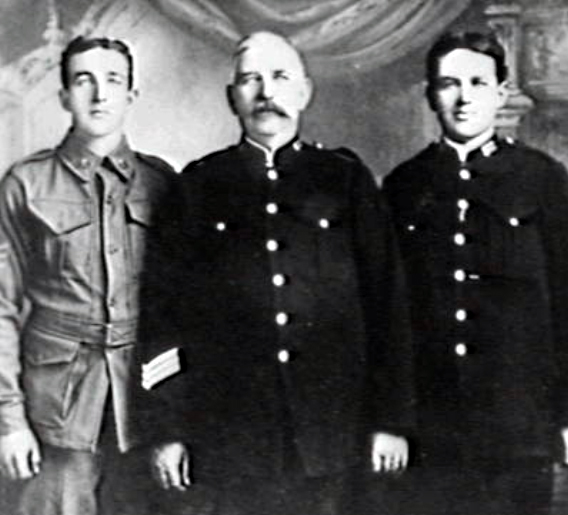 CORRIMAL’S first police officer was an Englishman, Jacob Willmott who as a younger man joined the Royal Marines and saw service on warships, before making his way to Australia where he would join the NSW Police Force in 1887.

The later years of his naval career were spent with the H.M.S Miranda on the Australian station. He obtained his discharge from that warship in 1886, joining the NSW Police Force that same year. He married Harriet Gregory at Parramatta in 1887 and would go onto have two sons, John and Arthur.

After joining the police force, Jacob was first stationed at Regent Street (Sydney), later going to Parramatta, Albion Park and Wollongong before finally appointed the first officer in charge at Corrimal in August 1898.

First-class constable Willmott was appointed to Corrimal when it had a population of around 200 people. In 1902 he, along with other local police officers were commended for their bravery during the Mt Kembla Mine Disaster.

Sergeant Willmott retired from Corrimal station in 1916, when the town had seen extraordinary development, boasting a population of 4,000. After his retirement from the force he took the position of special inquiry officer with the A.I.F.

One of his sons, John (Jack) fought in the Great War, and returned, only to die of his injuries in Sydney at the age of 28 in 1919. Jacob’s other son, Arthur, like his father became a police officer. He reached the rank of Sergeant at Burwood, before being transferred to Leeton, where he died at the age of 48 from heart disease in 1937.

Meanwhile, Jacob retired from the A.I.F. in 1920 and died at the age of 72 in August 1932, just three months after losing his wife, Harriet.

Harriet, who died in May, was buried beside her son, Jack in the Presbyterian Graveyard in Gray Street, Woonona. Jacob was cremated.