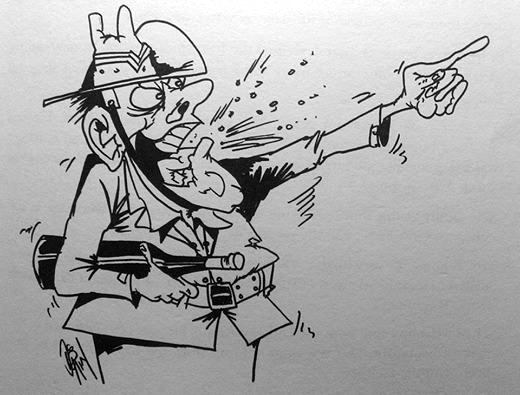 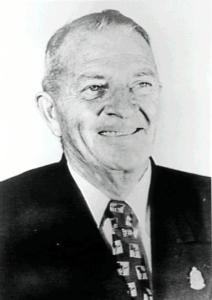 I CAN remember as a very small boy hearing Sid Marsh’s centurion voice barking commands as he drilled men and youths in Bulli Park in the early 1920s.

We lived at the corner of Farrell Road and Artis Street at the time and Sid’s voice could be heard quite plainly from that distance.

As far as I can ascertain there was compulsory military training for young men in those years, circa 1922.

These training exercises were on a Saturday afternoon when the park had its rotunda of German guns and a large flagpole on the knoll a few yards down from the Catholic church.

Almost opposite the rotunda in Park Road was the Drill Hall and in the valley between Park Road and Point Street was the rifle range. It featured targets in the sand dunes and the long range firing spot was just east of the railway. The range was also in operation on Saturdays.

One of Sid’s brothers – I think his name was Stan – was a fishmonger. His cart was a welcome sight with beautiful fresh fish and prawns in season.

* The late Jack Devitt (pictured right) was born in The Oaks, via Camden on December 12 1917. He arrived in the Illawarra with his family as a boy in 1921 settling in Bulli. He attended St Josephs Catholic School, where he won a bursary to attend Stanislaus College in Bathurst gaining a leaving certificate. He obtained work as a steelworks tally clerk after leaving school on a wage of 32 shillings and six pence a week before being employed as a clerk in the merhcant mill. Jack bought his parents’ home in Hospital Road in 1925 and he lived there until his death in 2006 at the age of 88. His local history column, Down Memory Lane, became much loved in the Bulli Times, Corrimal Post and Northern Leader newspapers during the 1980s, 90s and early 2000s. Down Memory Lane was enjoyed by northern Illawarra residents for many years, and has become an important record of life in Bulli during the 1920s and 30s.

THE year before Olive Kathleen Cummins married she became the licensee of South Melbourne’s Caledonian Hotel at the age of 25. Olive was granted the license of her first pub, the Caledonian in 1919, and had a short stay after… Read More ›